In what might read as fake news, an epidemiological investigation has become an online travel guide sensation.

Authorities earlier found three Shanghai patients had traveled together to Suzhou City in neighboring Jiangsu Province from November 19 to 21 before being confirmed infected on November 25.

Unexpectedly, when Suzhou authorities released their itinerary to the public, people became interested in their sightseeing of Suzhou’s rich historical and cultural heritage.

“The Shanghai epidemiological investigation has disclosed the Suzhou codes of Jiangnan culture (regions south of the Yangtze River),” said one comment.

Some said they were moved by the love for Suzhou’s history and culture, and the places they visited deserve a mark for tourism.

The Baosheng Temple they visited in Luzhi ancient water town boasts nine famous clay arhats which were sculptured in the Tang Dynasty (618-907) and are still well preserved. The Zijin Temple on Dongshan Mountain is known for its lifelike colored arhat sculptures created in the Southern Song Dynasty (1127-1279). 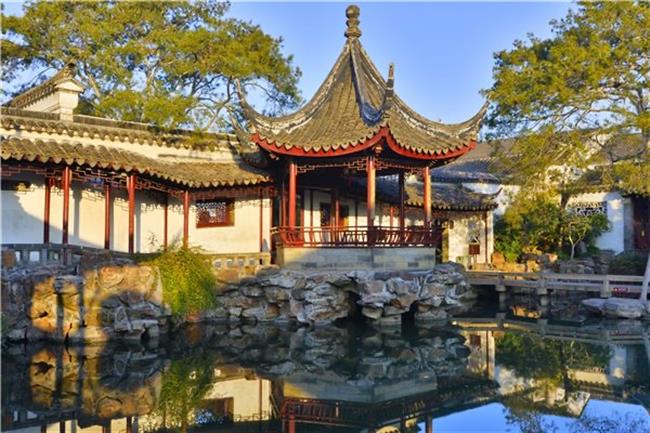 They also went to two gardens – Canglang Pavilion, the oldest Suzhou garden that can be traced back to the Northern Song Dynasty (960-1127) and Wangshi Garden built in Southern Song Dynasty.

Rather than complaining about the trio, people in Suzhou showed an optimistic and understanding attitude toward them.

Under a WeChat posting of Gusu Evening News, a reader from Suzhou called “Yanyujiangnan” said his beloved hometown is a city of gentleness with an atmosphere of ancient culture, exquisite artworks and crafts.

“The Suzhounese welcome people from everywhere to come to visit the gardens as well as historical sites and enjoy the delicious food here after the pandemic,” the reader said.

A Weibo user added: “Where they went are all places of Suzhou’s charm, and the travelers are longing for. Hope this round of pandemic can come to an end soon and the three friends can recover as soon as possible.”

Another Weibo user said: “When discussing about this issue, there’s no abuse and that’s good. We’re now in the period of pandemic and nobody is willing to be infected or spread the epidemic maliciously. We are all victims (of the pandemic) and need to support each other.”

At the very beginning, it was criticized for releasing too much personal information such as names, addresses, phone numbers, which could lead to cyber manhunt and cyber violence.

But now the authorities have paid more attention to strictly protect people’s privacy, which has helped to win praise from the public.

As well as travel guides some epidemiological investigation reports have become gourmet guides.

Some restaurants the cases frequently visited have become popular because of the delicious food, and some regional specialty foods have become known to the public though the reports.

For instance, following the report of an elderly man in Shenyang, northeast China’s Liaoning Province, who had jijia (chicken racks) at different restaurants three times in several days, people in other provinces came to know this food and it sold well all over the country.

It has been nearly two years since the outbreak of the pandemic, and China has always adhered to the “zero-tolerance” strategy.

Apart from the reason that the strategy has been effective in controlling the spread of the coronavirus to a significant extent, thereby ensuring normalcy for people to the maximum, it is the people themselves who are optimistic about the strict measures, which may seem inhibitive and constraining to some.